Taiwan Finds an Unexpected New Friend in Somaliland – The challenges that Taiwan and Somaliland faced in these three areas point to the possibility of the two countries learning best practices for unrecognized and marginalized states from each other, writes Thomas J. Shattuck, a Research Associate in the Asia Program and the Managing Editor at the Foreign Policy Research Institute

COVID-19 seemed to change the narrative around Taiwan: from a nation whose existence is often characterized as standing on the edge of a knife to one that capably and effectively handled the pandemic with fewer than 10 deaths. Before the COVID-19 pandemic ravaged the globe, the only time that most people would hear about Taiwan was in stories about China pressing it militarily or diplomatically. Since 2016, Taiwan has lost a handful of its remaining diplomatic allies (which now numbers at 15) to China, but Taiwan just announced a surprising piece of news: it has gained, not lost, a “friend.”

On July 1, news broke that Taiwan and Somaliland, an unrecognized state that broke away from Somalia in 1991, would set up representative offices in their respective countries. The two countries did not announce the establishment of formal diplomatic ties. They are strengthening existing relations with the new offices in the hopes that relationship flourishes. If they do eventually announce formal relations, then Taiwan would become the first country to diplomatically recognize Somaliland, which is considered an autonomous region of Somalia.

We've signed an agreement with #Somaliland to establish good relations. A #Taiwan Representative Office will be set up in this independent country on the Horn of #Africa. We're thousands of miles apart, but share a deep-seated love of freedom & democracy. JW pic.twitter.com/JY78AvXbwS

And Somaliland’s Ministry of Foreign Affairs tweeted, “The Government of Somaliland identified issues of mutual concern, including building-bridges of diplomacy; opening missions to boost political and socioeconomic links between the Republic of Somaliland and the Republic of China (Taiwan).” The two sides have signed agreements in February 2020, but only just made the details public. The new burgeoning relationship will focus on “agriculture, education, energy, fisheries, health, information and communications, and mining.”

This announcement—while falling short of formal relations—reverses course for Taiwan. The last time that Taiwan was able to add a friend or ally was in 2007 with St. Lucia. Somaliland and Taiwan share similar geopolitical circumstances, which almost make the new pairing seem natural.

Both states are largely unrecognized by the international community. Neither are members of the United Nations. They have representative offices in key countries across the globe, with Taiwan having a much larger informal diplomatic presence around the global than Somaliland, which only has offices in 22 countries. As this new relationship develops, Taiwan can advise Somaliland on how it has been able to navigate its diplomatic situation. For decades, Taiwan has emphasized strong, informal ties with key countries, such as the United States and Japan, and those lessons of developing informal ties with global and regional power players could benefit Somaliland. This guidance could even extend beyond bilateral ties into international organizations, which Taiwan has struggled to break back into recently due to outsized pressure from China. Somaliland, following in Taiwan’s footsteps, could have greater success in breaking into international fora, such as the World Health Assembly, as it is less likely that China would put as much pressure on member-states and organizations into blocking its attendance.

Somaliland and Taiwan also find themselves located near strategically important bodies of water. For Taiwan, it is squeezed between the Taiwan Strait to its west, the East China Sea to its north, and the South China Sea to its south. All three waterways are important for the transit of goods both regionally and globally, and in the case of the South and East China Seas, many countries—such as China, Japan, Taiwan, Vietnam, Indonesia, and the Philippines—have disputed claims to a number of islands found in them. At least with Japan, Taiwan has had some success in reducing tensions over disputed claims in the East China Sea, particularly over fishing rights. In Africa, Somaliland finds itself in the strategically important Horn of Africa on the Gulf of Aden, the access point for the Red Sea. It neighbors Djibouti, which houses important foreign bases, particularly those of the United States and China, and Somalia, which has issues with terror groups and pirates. The circumstances of Taiwan and Somaliland’s geography are quite different: the former is an island, while the latter is a littoral state. However, whether by land or by sea, the two nations find themselves in volatile regions of the world.

Last, but not least, the two have a unique relationship with a larger, internationally recognized country. For Taiwan, that is China; and for Somaliland, that is Somalia. China lays claim to Taiwan despite the fact that the People’s Republic has never established military or diplomatic control over Taiwan’s territory. No peace treaty was ever signed between the Kuomintang and Chinese Communist Party after the former’s retreat to Taiwan in 1949. China uses its status to pressure other countries into isolating Taiwan, and as a result, Taiwan only has 15 diplomatic allies, all of which are primarily small states in the Pacific and Latin America, and one in Africa (Eswatini). Observers always question if and when China will attempt to take Taiwan by force. In Somaliland’s case, it declared its independence from Somalia after a civil war in 1991, but the international community has not recognized its independence from Somalia. Somaliland has faced the challenge of Somalia’s failed state status for a number of years, which has slowly improved recently. Instability within a neighbor that you have declared independence from poses a different set of challenges than the ones that Taiwan faces vis-à-vis China.

The challenges that Taiwan and Somaliland faced in these three areas point to the possibility of the two countries learning best practices for unrecognized and marginalized states from each other. While a developing bilateral relationship likely will not amount to much economically or militarily, it could show how the Tsai Ing-wen government may choose to navigate the next four years diplomatically by finding unlikely new partners that are not as beholden to China or the international community. At the very least, it is a change in tempo for Taiwan’s diplomatic fortunes since 2016.

Thomas J. Shattuck is a Research Associate in the Asia Program and the Managing Editor at the Foreign Policy Research Institute. 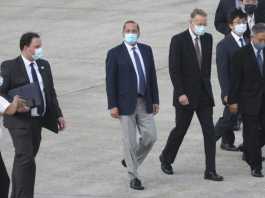 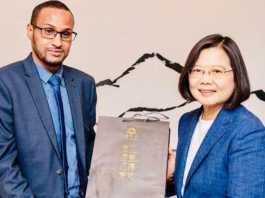 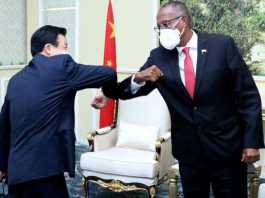 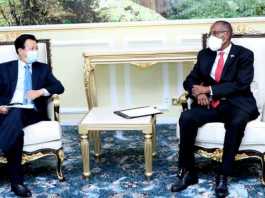 Somaliland-China Agree To Establish Relations Based On Mutual Respect 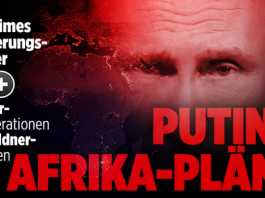 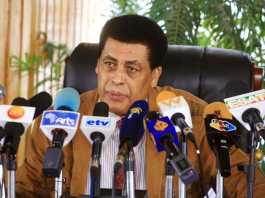 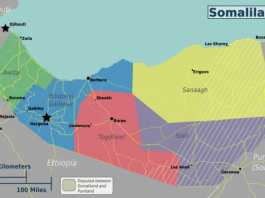 A Habit Of Courage – Tiny Somaliland Snubs China In A... 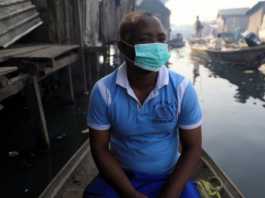 Somalia-Somaliland: A Halting Embrace Of Dialogue 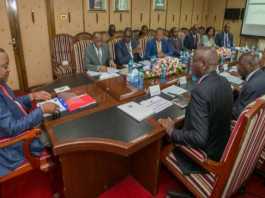 ABOUT US
Wargeyska Saxafi waa Maalinle Madax-Banaan oo ka soo baxa Hargeysa, Somaliland. Waxaad nagala soo xidhiidhi kartaa Ciwaanaddan hoos ku xusan, E-mail: info@saxafimedia.com | saxafinews@gmail.com Tell: +252 654411077 +252 634411077
Contact us: saxafinews@gmail.com
FOLLOW US
© Saxafi Media Network 2020, All Rights Reserved | Designed by SomSite
%d bloggers like this:
We use cookies to ensure that we give you the best experience on our website. If you continue to use this site we will assume that you are happy with it.Ok